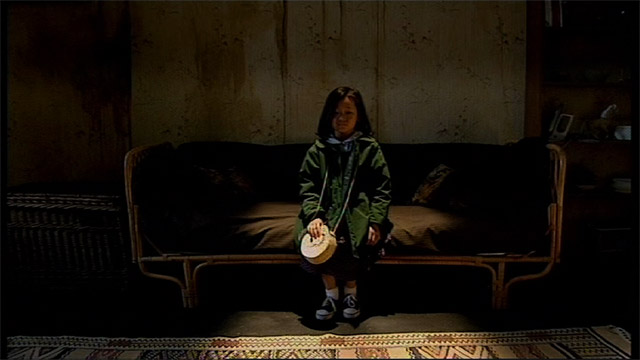 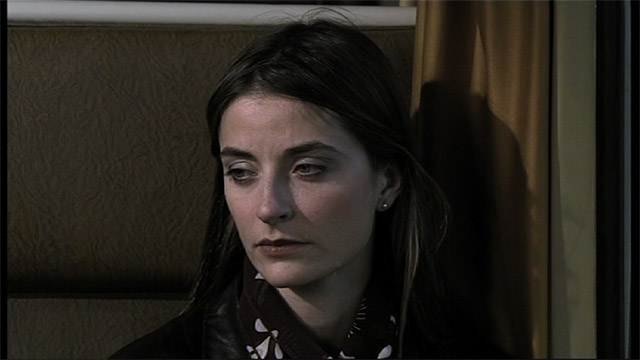 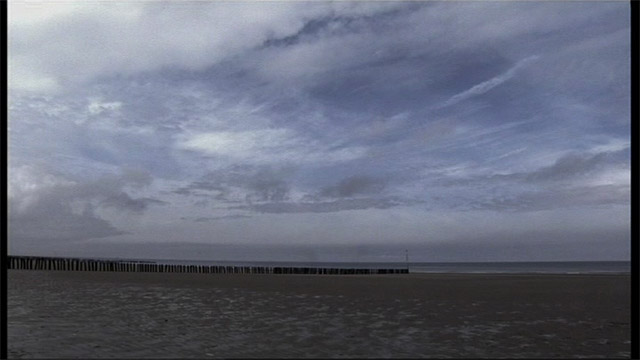 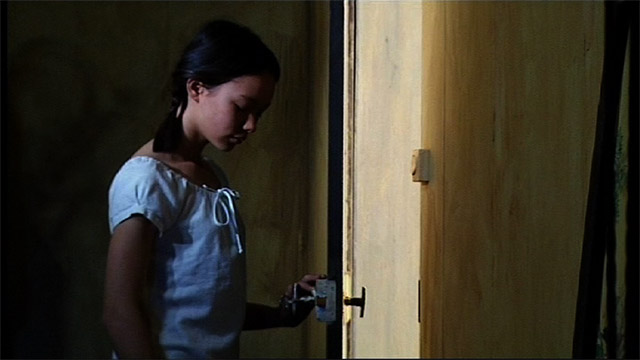 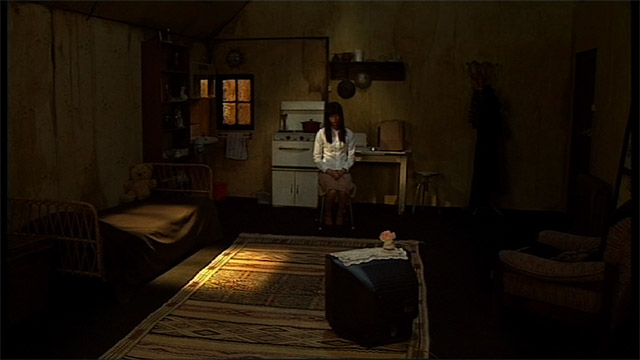 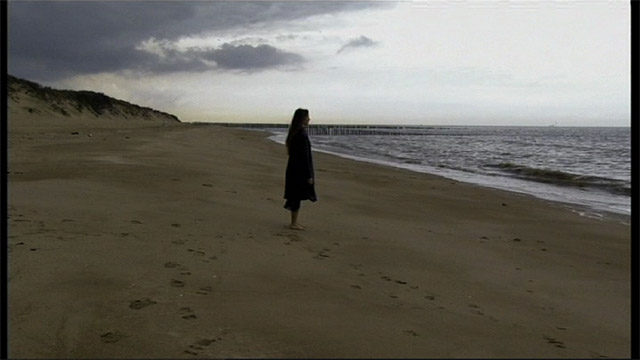 The film draws a parallel between two stories. The main theme is a based on a true story: a Japanese girl held captive by a man from the age of six is found in Tokyo. At the same time, another young woman, interpreted by the artist herself, is on a train bound for the seaside.

A mise en abyme of true, symbolic or made-up stories, the film has no regard for the notions of storytelling and questions narration in filmmaking. From a “true” story in the news, the artist makes a pure fiction that seems to shed light on her own story in an autobiographical dimension.

The viewer is invited to watch the video seated in the kidnapper’s chair in the surroundings of the young captive, which consist of two walls. The set-up examines the notion of illusion in film.